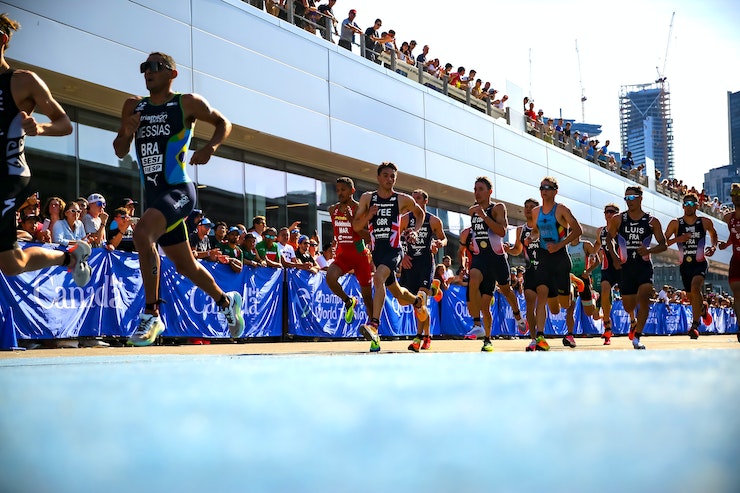 The men’s 2022 world title chase will be remembered for having one of the most astonishing finales ever, as the nine-race, 15-month Series was boiled down to just one 2.5km lap of the Abu Dhabi run course, the lead chopping and changing right to the line.

But every race heading into those Championship Finals was an incident-packed feast for the eyes, each one contributing to the story of a unique season on the blue carpet’s top tier of triathlon, one in which 11 nations - more than ever before - medalled in at least one men’s Series race.

When it came to the decisive moment, the margins were so fine - and the points differences so tight - that with 400m to go, Hayden Wilde looked like he could become champion. Until Jelle Geens decisively passed Alex Yee late on, the Brit also had the trophy in his grasp.

But it was thanks to the impressive, patient manner of Leo Bergere‘s title-winning campaign that, by the end of the 2022 Series, France would be the season’s most successful country, scooping no fewer than 8 medals in total including two golds (Leo Bergere and Vincent Luis), three silver (Bergere, Luis and Paul Georgenthum) and three bronze (all Bergere).

The next best nations were Great Britain and New Zealand with half that number, their four medals all won by the same two athletes, Alex Yee and Hayden Wilde. In all, eleven different nations were represented on the men’s podium across 2022.

The USA had the deepest squad, fielding 10 different men throughout the nine events, Japan, Great Britain and Germany all with 8 male starters at Series level, while Netherlands can boast the youngest man to start a WTCS in the season, Mitch Kolkman, who was just 18 years-old as he stood on the 2021 Hamburg start line.

It was there and in Abu Dhabi late last year that the tone was set for an unpredictable whirlwind of an extended season. Tim Hellwig topped his first ever WTCS podium in the first Hamburg instalment, then at Abu Dhabi 1.0 it was Jelle Geens’ turn to take gold, Antonio Serrat Seoane finding himself on top of the rankings by the turn of the year.

Presciently, Leo Bergere was sitting third in the standings as Yokohama got 2022 underway late, in mid-May, and it was there that he would finish the race behind Hayden Wilde and Alex Yee. That duo would go on to dominate the WTCS top spot from Leeds to Montreal, Hamburg to Cagliari, but Bergere’s consistency in and around the podium meant that he remained their biggest threat for the title as the season headed back to Abu Dhabi for November’s Championship Finals.

The rest, as they say, is history.

—
You can watch back every moment of the breathtaking 2022 season on TriathlonLive.tv 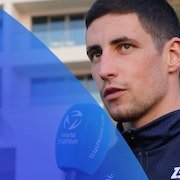 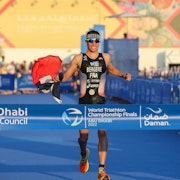