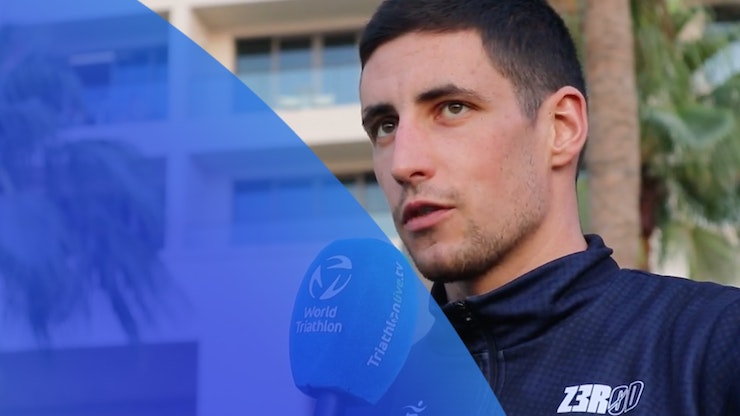 For the latest episode from the Down The Blue Carpet interview series, World Triathlon caught up with the new men’s World Champion Leo Bergere the day after one of the most exciting season finales ever witnessed.

From cutting his teeth on the French Grand Prix circuit as a teenager to developing a champion’s mindset, Bergere discusses the long journey to winning his first ever WTCS gold medal that saw him snatching a remarkable 2022 world title from under the noses of New Zealand’s Hayden Wilde and Britain’s Alex Yee.

“I came so close to winning a WTCS so many times and I really wanted this one. You put together what you hope is a winning plan and it doesn’t happen every time, but I was really focussed and motivated to take that tape. Even when I was wearing the one at the start of the season, I knew that it was only a matter of time before Hayden and Alex caught me up, but I didn’t think focussing on what might happen with the title was the best way for me to go forward.”

The season boiled down to a thriller in Abu Dhabi and a tense 10km run in which every position change of those behind him had huge implications on Bergere’s title chances.

But the Frenchman revealed that, with two laps left on the bike, there was an incident that could have ended Bergere’s podium charge, and one with echoes of teammate and two-time World Champion Vincent Luis’ accident in Leeds back in June.

“There were some Mexican fans on the side of transition with big bells, and when I heard it, I checked my Garmin and it said 34km, so I thought ‘Ok, one more lap’, even though I felt we were flying. So I drank everything, emptied the bottles, had the last gel and took my feet out of the shoes. I was in the front so I didn’t see if any of the others were preparing too. I was surprised nobody was trying to get into position but I was getting ready, thinking I’d prep for a nice 10km.”

It was then that his teammates confirmed there were still two laps to go, a typically unflustered Bergere getting straight back to the matter in hand and the final kilometres of a ride that would leave him over 30 seconds clear of the chase pack and set up his world championship challenge.

“I didn’t want the others to come back of course, and when I heard the gap out of T2 I thought it would be a hard to job to keep it, so I thought to just keep a steady tempo, not go all out from the beginning. It was still really warm and I didn’t want to blow up after 5km.”

Check out the full interview on TriathlonLive.tv as Bergere talks through the biggest race of his life before hitting the off switch on a season for the ages. 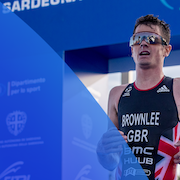 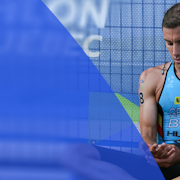 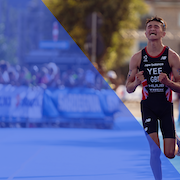