Agnieszka Jerzyk is a polish professional triathlete. Her first start in a triathlon race was in 2005, and from this moment on, she put her heart into TRI. The foundation for her successful path in the discipline was passionate training, since she was seven years old. She began with swimming and after a few years switched to running.

Duathlon was first-touch experience with international sport events. AJ immediately showed her character resulting in: 2nd place Junior World Championship Gyor in 2006, 1st World Championship U23 in Rimini in 2008. First starts with the world triathlon competitors gave her motivation and courage to spread her wings and win first in polish history gold medal in U23 in Beijing 2011.

She is determined to try out new distances and came out that her first 70.3 Lanzarote in September 2013 was triumphant. This year start in Yokohama in ITU series showed that her potential is tremendous.

Taking part for the first time in London Olympics 2012 was her dream. Number 1 on a polish triathlon stage Agnieszka Jerzyk is unstoppable force heading to Olympics in Rio 2016. 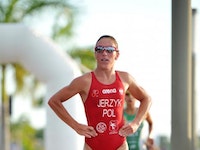 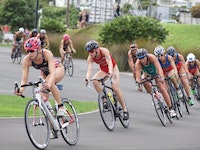 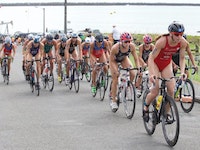 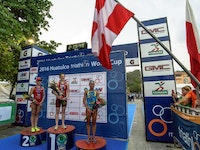 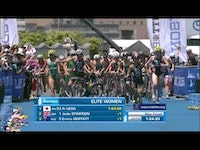 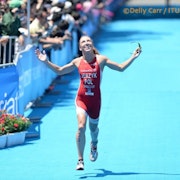 Today's top moment of 2014 goes to Poland's Agnieszka Jerzyk. Jerzyk first made her name in Beijing in 2011, taking out the... 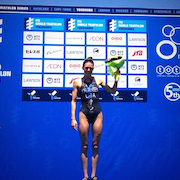 Gwen Jorgensen returned to the top of the ITU World Triathlon Series podium in style in Yokohama on Saturday, as Ai Ueda and... 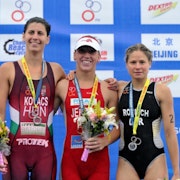 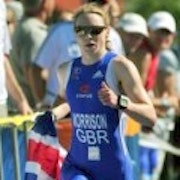