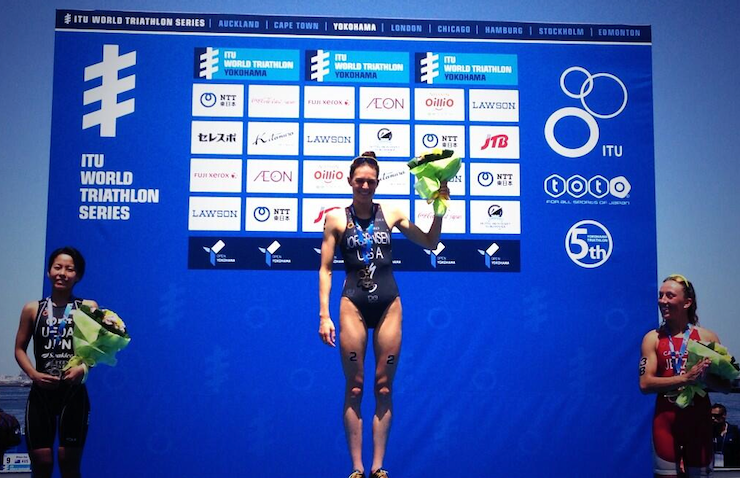 The USA’s Gwen Jorgensen returned to the top of the ITU World Triathlon Series podium in style in Yokohama on Saturday, pulling out a dominating win ahead of two breakthrough medallists.

In a race where a congested bike leg meant it all came down to the 10km run, on paper it was Jorgensen’s to lose. In the first two World Triathlon Series races this season, in Auckland and Cape Town, Jorgensen had laid down the fastest run splits of the day - by over a minute. But in both those races she left T2 so far behind the leaders she was never going to catch a red-hot Jodie Stimpson. But leaving transition with the leaders put the race squarely in Jorgensen’s hand and she didn’t disappoint, pulling out a 33:43 split in the run to finish in a time of 1 hour 59 minutes and 38 seconds.

It was the second consecutive year that Jorgensen has won on the Yokohama course, and she was pleased to be able to go back to back.

“I just love Japan, I don’t know why, I think it’s because I love rice, but to win twice is awesome,” Jorgensen said. “Three years ago I think I came out here and had the 12th fastest run or something, to it’s really hard to win two races on the same course in a row.

“Today was nice and warm unlike last year, I was thankful it wasn’t cold. I know that if I give my competition an inch they will take a mile so the bike is something I have really been focusing on. I was fortunate today with a long run to transition so I think that helped out as well.

“I have really been working on the swim and bike, that is the focus for me. I know that I have to be a complete triathlete, I look at some of my peers in the men’s side and they execute on the swim bike and run and that is what I want to do as well.”

Behind Jorgensen it was a breakthrough day for many athletes in the top ten, in particular medallist Ai Ueda and Agnieszka Jerzyk.

Ueda burst out of the gates from T2 and took the lead early on, but proved she hadn’t gone too early as she battled to a clear silver medal. Ueda is the second Japanese athlete to podium at Yokohama, alongside Juri Ide, and claimed her first career medal.

“This is the first podium and I am so happy here in my home town. My swim was not very good but on the bike I was expecting some help from my team mates but I had to work hard on my own. Running is my strength. Bridging the gap to the leaders on the bike was my ultimate goal, if I was not in the first pack alongside the strong runners, I would not be on the podium. Every time I come here the spectators do a great job cheering me along but this time I really wanted to win and the spectators cheered me along and helped me do a very good job.”

Jersyk was delighted at a career breakthrough performance.

“I am surprised and very happy because this is my first podium. I have to change my stance about my swimming because it has not been so perfect, but today I change my thinking because I am on the podium and I know I can fight at the Olympic distance.”

Under beautiful sunny skies and an air temperature of 24 degrees, the women started with a wetsuit swim in 18.7 degree water. As she has done in both World Triathlon Series races so far this season, Spain’s Carolina Routier again led, establishing a quick pace in the first 750m lap that looked set to split the field. Both Jodie Stimpson and Gwen Jorgensen were 15 seconds down at that first timing point, but pulled back a decifict of around 10 seconds in the second lap, to enter T1 in the top 10.

On a frenetic first lap on the bike, a small group of five led by Lucy Hall tried to change the race from the onset but their breakaway failed to stick. At the end of lap one, 16 women formed the lead group, including Kirsten Sweetland, Sarah-Anne Brault, Emma Jackson, Pamela Oliveira, Aileen Reid, Nicky Samuels and Rachel Klamer. Given it’s size though that group struggled to put time into the field and after just two laps, the smaller eight woman chase group being led by Emma Moffatt and Juri Ide bridged up to create a huge lead pack of 24.

It took just under two more laps for the next chase group to catch the leaders, including Charlotte McShane and Gillian Sanders, pushing out the already swollen lead pack to 31.

Great Britain’s Hall tried to shake the status quo by herself on the fifth lap, but after failing to get a decent break, came back into the group a lap later. The rest of the 40km bike leg passed with little incident, as the lead pack kept their ride conservative on Yokohama’s tight, technical course, so much so that almost all the field had caught the leaders before T2. Hall made it interesting again in the second last lap when she tried to push off the front, but this time she was well covered by Jorgensen and the pair entered the bell lap leading the first group that had swelled to over 40 athletes.

It left it all down to the 10km run. Japan’s Ueda got the jump on the field from T2, to huge cheers from the crowd and was quickly joined by teammates Yuka Sato and Mariko Adachi. But the familiar strides of Jorgensen quickly came through the crowd exciting transition to join them. But Jorgensen didn’t lay down her cards immediately, waiting until the second lap of four to push the pace. From there she cruised home to win.

Behind her though it was turning into a day of breakthroughs. While the appearance of fleet-footed Ueda, Sato and Adachi wasn’t a surprise, Belgium’s Claire Michel was. The former NCAA track runner with the University of Oregon collected her first World Cup podium just a few weeks ago in Chengdu, China, and followed up with an impressive run.

However, she was overtaken by another new talent in Poland’s Agnieszka Jerzyk. Jerzyk first made her name in Beijing in 2011, taking out the Under23 World Championship that year, but had failed to translate that into senior results in Yokohama. In the third lap of the run she pushed herself up into third place.

Threadneedle rankings leader Jodie Stimpson finished strongly despite suffering a cut foot so serious it required stitches afterwards. After falling on her bike in transition, Stimpson still managed to pull out a run that was good enough for a top 10 place, which was enough to maintain her lead in the rankings after three rounds of the 2014 ITU World Triathlon Series.

The Great Britain team is foremost amongst the star studded line up in the Paratriathlon in Yokohama, including 4 times World… 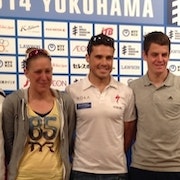 Some of the best triathletes in the world gathered to share their thoughts ahead of the latest ITU WTS race in Yokohama this weekend. 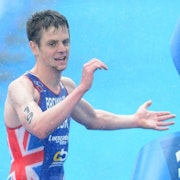 Yokohama will be the first race of the 2014 ITU World Triathlon Series that will see Javier Gomez, Jonathan Brownlee and… 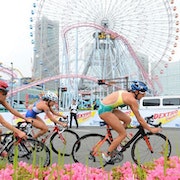