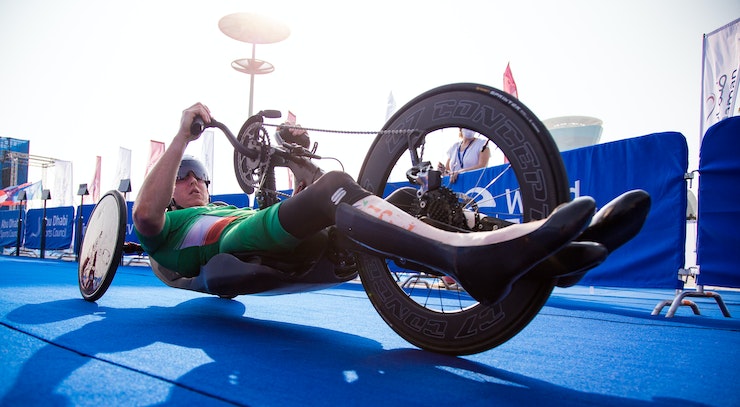 One year ago, the world’s para triathletes lined up on the edge of Abu Dhabi’s Yas Marina with dreams of becoming the 2021 World Champions. On Thursday morning, across six men’s and six women’s categories, this year’s world titles will again be awarded in the UAE as Para Triathlon gets the 2022 Championship Finals Abu Dhabi underway.

A new course awaits in the waters and highways of the southern tip of Yas Island, where the 750m anti-clockwise swim transitions to five fast and flat laps on the bikes and then on to a two-lap, 5km run to the tape, and an extended highlights show replaying all the action will be available on TriathlonLive.tv following the races.
—

Two names have dominated visually impaired triathlon racing over recent years; Spain’s Susana Rodriguez B1 and Britain’s Dave Ellis B3. The Spaniard has been untouchable, scooping World and Paralympic titles and relentlessly setting the gold standard for three seasons in a row, though long-term rival Alison Peasgood B2 (GBR) will be among the names looking to ensure she doesn’t have it all her way on Thursday. Ireland’s Chloe Maccombe B3 was a Commonwealth Games silver medallist in July and, along with WTPS Swansea champion Annouck Curzillat B1, will be among the medal favourites once again.

Ellis will be up against US National Champion Kyle Coon B1 and the experienced Australian Jonathan Goerlach B3, while another Brit, Oscar Kelly B3, suffered a mechanical at the Commonwealth Games that took him out of medal contention in much the same way as happened to Ellis at Tokyo 2020, and the 21-year-old will be trying to find for redemption on the big stage.

The wheelchair category athletes will be away next, Australia’s Lauren Parker H1 aiming for a third successive world title but well aware of the talent hoping to dethrone her. That of course includes Kendall Gretsch H2, the American who out-sprinted Parker to earn Paralympic gold by the finest of margins in Tokyo, bronze medallist in Tokyo Eva Maria Moral Pedrero H1 (ESP) and Brazil’s Jessica Ferreira H1, a podium placer in both Yokohama and Swansea this year.

Jetze Plat’s winning streak showed no sign of being halted in 2022, teammate Geert Schipper H2 the only man able to stay within touching distance of the Paralympic and World Champion in recent years but well aware that anything can happen over the three disciplines and in the heat of the UAE. The familiar faces of Giovanni Achenza H1 (ITA), Florian Brungraber H2 (AUT) and Howie Sanborn H1 (USA) will again be doing battle for the medals, the Austrian with some of the fastest times of any man in the racing wheelchair and he will want to improve on his swim last year to bring that weapon into full use.

It was the huge early advantage Jules Ribstein’s swim prowess earned him that helped the Frenchman to his second world title here last year, but Netherlands’ Maurits Morsink is unlikely to give him any such luxury this time around. Spain’s Lionel Morales has picked up two WTPS titles this season and the form of American Mohamed Lahna could also see him among the medal contenders on Thursday.

American duo Hailey Danz and Melissa Stockwell will be ready to fire up their rivalry once again in the women’s race having shared the podium in Leeds last year and with their Paralympic Champion teammate Allysa Seely still recovering from a knee injury. Finland’s Liisa Lilja and Veronica Yoko Plebani (ITA) will no doubt be vying for the podium places once again.

The women’s PTS3 title will be a straight shootout between Netherlands’ emerging young talent Sanne Koopman and last year’s silver medallist Elise Marc of France. For the men’s race, it will be a tough task for anyone to top Spanish star Daniel Molina, though Nico Van Der Bergt (NED) could be just the person to do it after emerging victorious at WTPS Swansea back in August.

The evergreen Alexis Hanquinquant has continued his domination of the PTS4 category in 2022, extending a winning streak that goes back to 2019 to include both Paralympic and world titles. Victory here would be his fifth world title in a row, but the likes of compatriot Pierre-Antoine Baele will be hoping to finally break that spell, Japan’s Hideki Uda the man who finished one place behind Hanquinquant at Tokyo 2020 - and again here last year - and hoping to produce a career-best showing in Abu Dhabi.

Spain’s Marta Frances Gomez continued to make a splash after her move from Para Swimming, following WTPS silver in Montreal with a fifth Cup win in Alanya, though USA’s Kelly Elmlinger will arguably be favourite to retain her title, German national champion Elke Van Engelen third here 12 months ago and one of the fastest PTS4 women around when it comes to the bike.

PTS5: Cashmore vs Norman and huge men’s race ahead

The women’s PTS5 races are invariably among the most hotly contested of the Para Triathlon Championships, and we will once again see Grace Norman (USA) and Claire Cashmore (GBR) bringing the best out of eachother and the rest of the field as they continue to trade the honours at the top of the sport. Norman has a Paralympic gold and silver to her name, Cashmore a bronze as well as the last two world titles, Ukrainian Alisa Kolpakchy and this year’s WTPS Montreal silver medallist Kamylle Frenette (CAN) among the athletes hoping to influence the race outcome.

Another Canadian, Stefan Daniel, has back-to-back Series wins in 2022, but the return of Paralympic Champion Martin Schulz will make this one of the toughest races to call of the entire day. USA’s Chris Hammer pulled out an incredible sprint finish to win the world title here in 2021, while Brazil’s Ronan Cordeiro and Portugal’s Filipe Marques are also likely to be featuring at the pointy end of what should be a nail-biting battle for the men’s title.

For the full start lists of the 2022 Para Triathlon World Championships, click here. 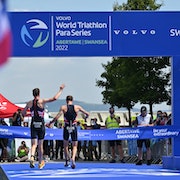 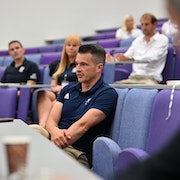 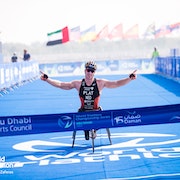