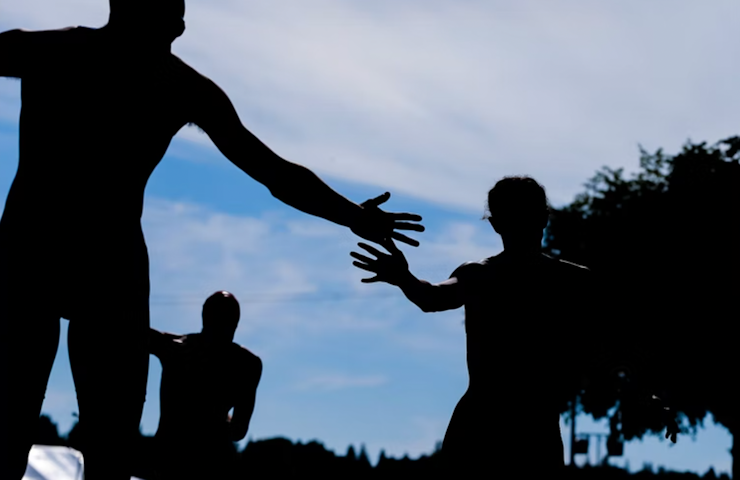 It has been less than a year since the mixed Relay made its brilliant debut at the Olympic Games in Tokyo, and the teams are ready for round two. 20 countries will kick off the Mixed Relay season and also the road to Paris 2024 this Sunday at the AJ Bell Mixed Relay Leeds, the first race that will see the new competition format of men starting the race and women crossing the finish line.

The teams will have to face a hilly and technical course in Roundhay Park, with every athlete doing a 300m swim, followed by a 6.9km bike and a 1.9k run. The Relay will be the first event counting for the Mixed Relay Olympic Qualification system, and is taking place only two weeks before the Montreal Mixed Relay World Championships that will give the first direct classification -two men and two women- for the Paris 2024 Games. And with that in mind, now is the moment to try some different combinations and see how the countries adapt to the new dynamics of the fast and furious race, one that will engage both the spectators onsite and the public watching at home.

Even though their crash on the individual race left Alex Yee and Jonathan Brownlee out of the Mixed Relay race this Sunday, the British team will be indeed one to keep an eye for, with Sophie Coldwell, Georgia Taylor-Brown, Tom Bishop and Grant Sheldon lining up. If the guys manage to stay with the lead group, it will be very hard to beat either Taylor-Brown or Coldwell on the last leg.

Some other countries are also trying a combination of experienced and young athletes, testing different options both for the Montreal World Championships or for the upcoming Commonwealth Games. The Aussies, for instance, will have already qualified for the Games Mathew Hauser and Sophie Linn lining up along Jacob Birtwhistle and Charlotte McShane. The Kiwis, on their side, will have winner of the individual race Hayden Wilde leading the team, alongside with Tayler Reid, Ainsley Thorpe and Andrea Hansen (nèe Hewitt), that will compete on her fourth Commonwealth Games this summer.

The French are lining up Audrey Merle, Sandra Dodet and Tom Richard along with silver medallist in Leeds Leo Bergere, a team that indeed has the legs and the power to fight for podium positions. The Americans, on the other side, will also mix experience and young athletes, lining up Mathew MacElroy and Taylor Spivey with Seth Rider and Erika Ackerlund.

Trying to get their first points on the Mixed Relay olympic Ranking lists will be Norway, with Gustav Iden, Lotte Miller, Solveigh Lovseth and Thorn Vetle Bergsvik, while Spain has opted for a young team that includes Alberto Gonzalez Garcia, Iria Rodriguez, Juan Gonzalez Garcia and Maria Casals Mojica.

Other teams lining up this Sunday include Team Sweden, Japan, Mexico, Austria, Hungary, Denmark, Italy and The Netherlands, among others.

Start lists will be available here once confirmed, and will be final two hours before the start of the race. The AJ Bell Leeds Mixed Relay will get underway Sunday at 13h local time, and you can watch all the action on TriathlonLive.tv.