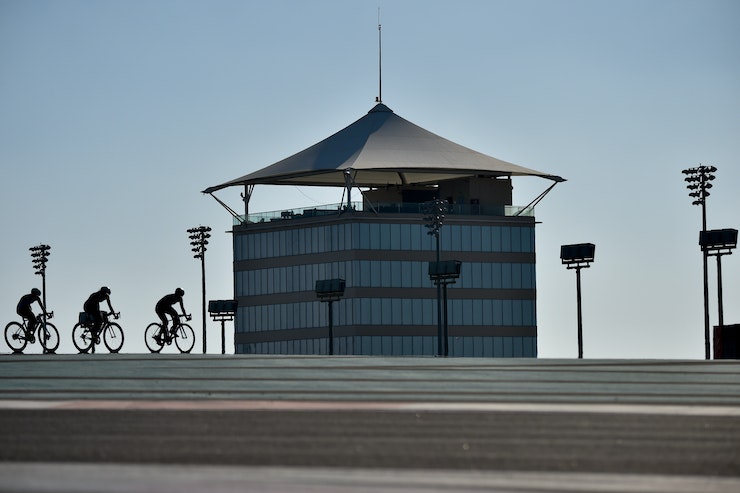 She is the Olympic champion, the 2021 World Champion and has 11 World Triathlon Championship Series under her belt, but one thing Bermuda’s golden star Flora Duffy has never accomplished yet is a victory in Abu Dhabi. This Friday will be her chance. Duffy will lead a stunning line-up of the world’s best triathletes for the World Championship Series Abu Dhabi presented by Daman, which this year will also see the inclusion of the World Triathlon Para Championships hosted in the city for the very first time. Conditions will be brutal in the Formula 1 circuit this weekend, with temperatures and humidity expected high and athletes ready for a once in a lifetime show.

Flora Duffy is not new to the iconic green asphalt of the Yas Marina Formula 1 circuit, having raced in Abu Dhabi three times before. Duffy arrives in Abu Dhabi highly motivated, after the multiple homages she received three weeks ago in her home town Bermuda after her Olympic gold, the first Olympic title in the history if the tiny country. But the task of winning in Abu Dhabi this weekend won’t be an easy one. The roaster of athletes lining up in Abu Dhabi includes highly experienced and strong bike riders that for sure will set up a challenge for the Bermudian golden star.

One of the ones to beat will be indeed the rising star of USA Triathlon, Taylor Knibb. A talented biker, she has proven multiple times in the last months that very few can ride a bike like her, whether we are talking sprint distance, Olympic distance or even middle distance races. If she gets out of the water with the leading group, she will try to decide the race during the 20km bike ride. And very few riders would be able to follow.

One of them will be indeed another great star coming from the long distance events: British triathlete Lucy Charles Barclay. Her debut in the World Triathlon circuit came only this year, at 28 years of age but she managed to finish in 5th place on her debut in the Series circuit, in Leeds 2021. The current Ironman 7.3 world champion has said that she wants to target the Paris 2024 Olympics, and she will be trying her best to be in a good place to start the Olympic qualification process when it will start next year.

But making the British Olympic team won’t be an easy task. Racing alongside with Charles Barclay in Abu Dhabi will be both British Tokyo 2020 Olympic medallists: Georgia Taylor-Brown -silver in the individual race, gold in the Relay- and Jessica Learmonth (gold in the relay). Taylor-Brown has never been on the podium before in Abu Dhabi, while Learmonth has two silver medals here in previous races, bt both of them will be wearing high bib numbers this weekend, after missing most of the World Triathlon Championship Series the past months.

Also lining up for Great Britain will be Rio 2016 bronze medallist Vicky Holland, Beth Potter and Non Stanford. Potter is returning from an amazing two weeks trip to Korea that ended up with two victories in two world cups, and seems to be unbeatable at the moment, but she will have to prove that she can also battle the top stage athletes, aiming for her first Series podium in Abu Dhabi.

But the six of them will have to keep an eye on the new ones on the team. Sian Rainslay might be only 23 years of age but she is currently ranked 5 in the Maurice Lacroix World Triathlon Championship Series Rankings, after her stunning fifth place in WTCS Hamburg last September, while Sophie Coldwell had a powerful end of the 2021 season finishing 7th in the World Triathlon Championship Finals Edmonton. Both of them skilled swimmers, they will be trying to break up the course from the start.

If the race turns up to be one to be decided on the run, the list of incredibly strong runners is also long, and the ones like Cassandre Beaugrand (FRA), Laura Lindemann (GER), Summer Rappaport (USA), Taylor Spivey (USA), Zsanett Bragmayer (HUN) or Lisa Tersch (GER) willing to play their cards. Lindemann will be wearing the golden number 1 in Abu Dhabi, after claiming her first Championship Series win in Hamburg a few weeks ago.

It seems clear after the last few races that the new generation of females comes strong and they will prove it again in Abu Dhabi this Friday: Alberte Kjær Pedersen (DEN), silver medallist at the U23 World Champs, Annika Koch (GER) -bronze- or Lea Coninx (FRA) -5th- are worth keep an eye on, always ready to jump on the main stage.

The women’s will take the stage on Friday November 5th at 16.11 PM local time, and you can watch the race live on TriathlonLIVE.tv