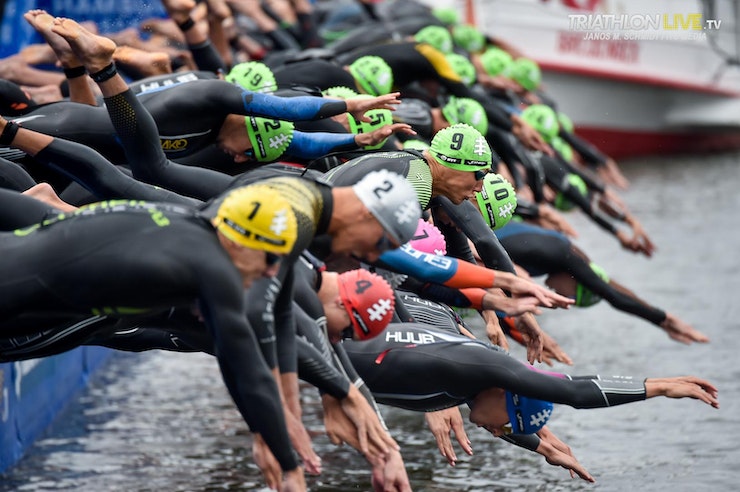 Due to the ongoing COVID-19 pandemic, the elite races of the HAMBURG WASSER World Triathlon will take place under controlled conditions in the Stadtpark in the Hamburg district of Winterhude, instead of Hamburg’s city centre as in previous years. Stacked Elite athlete fields will take the stage in the heart of Hamburg-North on Saturday, 5 September, over a sprint distance. The Mixed Relay World Championships will start Sunday, 6 September.

“Words cannot easily describe how happy we are to be resuming the World Triathlon calendar in Hamburg”, said World Triathlon President and IOC member, Marisol Casado. “The triathlon family, as the whole world, has suffered a lot during this pandemic, and it is so important and meaningful for us to be back on the blue carpet for the HAMBURG WASSER World Triathlon. I really want to thank the LOC, the Hamburg authorities, the German Triathlon Federation and all the staff for their hard work to make sure that we can organize this event safely for all the athletes - and a big thank you to all the athletes competing, for keeping training and positive during the pandemic and lockdown and for coming to Hamburg to resume the competition”.

The event will be the first to resume on the World Triathlon calendar since the pandemic and will see the world’s best triathletes line up in Hamburg, including reigning World Champions, Katie Zaferes (USA) and Vincent Luis (FRA), as well as double-Olympic medallist, Jonathan Brownlee (GBR) and World Champions Mario Mola (ESP), Flora Duffy (BER) and Vicky Holland (GBR). Laura Lindemann and Jonas Schomburg will be leading a strong German team on their return to competition.

Aiming for the 2020 Mixed Relay World Championships crown, teams will toe the start line in Stadtpark on Sunday. Current title holder, Team France will be looking towards a third consecutive victory, but the field will feature strong mixed relay teams such as Team USA, Team GB and Team GER among the ones to battle for podium positions.

Elite racing will be streamed in full on TriathlonLIVE.tv - the event schedule can be found via the website.

While the Age-Group races of the HAMBURG WASSER World Triathlon had to be cancelled this year as it was not feasible to apply the nationwide hygiene regulations and the necessary contact tracking due to the thousands of spectators in the Hamburg ity centre, the Elite races will be carried out under exclusion of spectators and in compliance with a hygiene concept developed especially for this event, to guarantee the safety of all competing athletes and their teams.

The hygiene concept consists in principle of the following five categories of measures and are intended to ensure that the event can be carried out safely:
- Further education - training measures for participants, volunteers and event personnel
- Distance and hygiene rules - measures for participants as well as event personnel and volunteers to ensure the best possible compliance with the distance rules and the wearing of mouth and nose protection in all event areas
- Contact reduction - reducing the number of contact points between all parties involved in the event without jeopardizing security-related aspects of the event
- Self-sufficiency of the athletes - minimizing the support of the athletes, as well as promoting the code of conduct of the individual athletes
- Control - improved and extended control facilities at sensitive points to ensure that hygiene measures are in place, that distance rules are observed and that the obligation to wear a mouth and nose protector is respected

Event director Oliver Schiek explains: “Together with the World Triathlon Team, the German Triathlon Union and the local authorities, we have been working hard over the past weeks and months to develop a concept that will allow a safe and responsible organization of the professional races of the HAMBURG WASSER World Triathlon. We want to send a clear signal of positivity to the world of triathlon and we are very happy that there will be a showdown of the triathlon world elite in Hamburg this year again – especially in challenging times like these. Because after all, what makes endurance athletes, if not perseverance and discipline?”

“I am delighted that the world’s triathlon elite will be able to compete in Hamburg in 2020,” says Hamburg’s Sports Senator Andy Grote. “After beach volleyball at the Olympic base and the upcoming tennis ATP tournament at Rothenbaum, the next top tournament in the Active City is already on the agenda. Especially in view of the painful decision to postpone the major street sports events until next year, the event is a small consolation for all sports fans who will be able to follow the competition live from the city park on their screens. Hopefully next year all of Hamburg will be at the start again!”

“Through our joint efforts we have succeeded in ensuring that national and international elite triathletes will be able to compete in Hamburg-North in September. The majority of high-class sport competitions had to be cancelled this year; all the more I am glad that we at least found a solution for the HAMBURG WASSER World Triathlon. With the city park we have an area where we can host all triathlon disciplines under the current guidelines of the COVID-19 regulations. Our main focus during the preparation was to reduce the restrictions for the visitors inside the city park as well as for the park itself to a minimum. We are looking forward to an exciting and safe competition in the heart of Hamburg-North,” says district manager Michael Werner-Boelz.

DTU president Martin Engelhardt: “This is an important sign for triathlon Germany and the Olympic triathlon worldwide with the message: The fascination of triathlon is coming back to life at the highest level, albeit under special conditions. I am particularly pleased for the athletes who work hard every day as professional athletes to maintain their athletic level that they finally have the opportunity to compete against each other at the highest international level. Our thanks go to the organizers who set up the race under these extraordinary circumstances, the city of Hamburg, which proves how deeply sport and especially the triathlon is anchored in ActiveCity Hamburg and the public broadcasters that will report live from the races in the usual way. The event in Hamburg with the Mixed-Team World Championship is the most important race in 2020 for the World Triathlon Federation. Hamburg and Germany are proving their reliability by staging them under difficult conditions.” 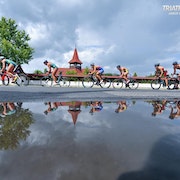 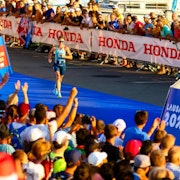 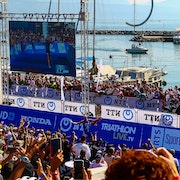