“I am absolutely thrilled with these races confirmed on the 2023 calendar,” said World Triathlon President and IOC member, Marisol Casado.

“These events in Spain are in fantastic locations and give all of our athletes opportunities to perform at their best.”

“Spain will achieve a milestone in 2023 that has not been achieved so far by any other country. In 2023, everything important in World Triathlon will take place in Spain, being the reflection in which other countries will have to look at” he added. It is a milestone that no other country or National Triathlon Federation has ever achieved in more than 30 years of national and international competitions,” said José Hidalgo, President of the Spanish Triathlon Federation.

“We will offer our athletes the best conditions and venues and the support of the Spanish fans in this pivotal year for the qualification for the Olympic Games. Not only that. We will also give our Age-Group and Multisport athletes of all profiles, categories and levels the possibility to compete in their country at the highest level,” Hidalgo added.

This will be followed by the European Championships Madrid. The capital of Spain will once again welcome the best triathletes on the European scene from June 2-4 2023.

The season finale, 2023 World Triathlon Championship Finals will be staged in Pontevedra, Spain, from the 20-24 September. Undoubtedly, the most anticipated event of the year in which the best triathletes (Elite, Para and Age-Group) in the world will be aiming for.

For more information on the 2023 World Triathlon Championships Finals visit the Official Event Website and contact your National Federation for questions on how to participate. 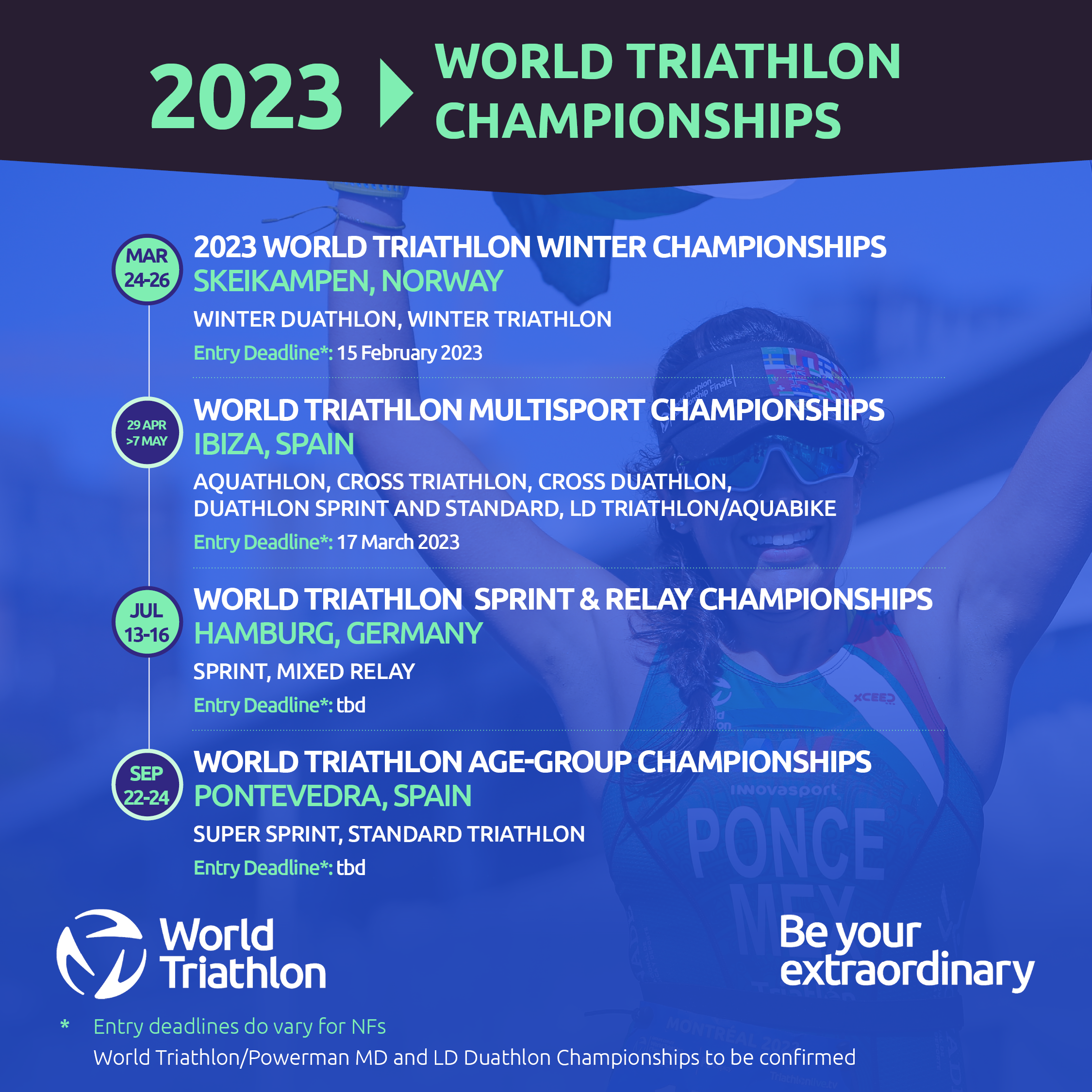