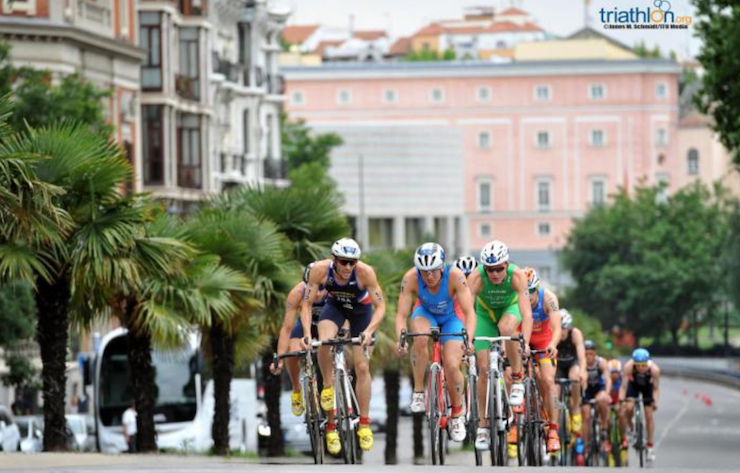 World Cup racing returns to the Spanish capital of Madrid after a hiatus in 2018, and with the last in the first period of Tokyo 2020 Olympic qualification points on the line, the start lists look even more enticingly competitive than usual. With the race taking to the iconic Casa de Campo, where the lake’s renovation once again brings a swimmer’s paradise to central Madrid, the course will be a testing sprint distance affair, the bike segment including four steep, challenging climbs.

As will be the case for much of the year’s World Cup offerings, all the action from Madrid can be followed live and direct on the new-look TriathlonLIVE.tv from 11.15am CEST Sunday.

Men’s preview
Wearing the number one will be South Africa’s Richard Murray, returning from an extended injury lay-off that has delayed the start of his season and left him short of race practice. Murray ended the 2018 season ranked fourth in the world, however, and nobody would doubt his credentials for coming back in style over the shorter distance he loves.

Also a hot favourite, and arriving fresh from the exertions of a top 10 finish at WTS Bermuda, comes Spain’s Fernando Alarza. The 28-year-old put in a superb bike section on the island and will need to recreate that level of performance again here to hit the podium, while teammates Vicente Hernandez and Antonio Serrat Seoane will also be firmly focused on delivering big finishes for their home fans’ enjoyment.

France’s Simon Viain and Germany’s Jonas Schomburg also appeared unfazed by the ten climbs of Bermuda’s infamous Corkscrew Hill to post fast bike splits, suggesting that the Madrid incline won’t intimidate them one bit either. Fellow Germans Lasse Luhrs and Justus Nieschlag have shown some impressive form in recent outings and will challenge for the Madrid top spots if they can put together three solid segments.

Ryan Baillie (AUS) hasn’t had much luck with consistency over the past 12 months despite three WTS top ten finishes in the middle of last season, and would love to get his campaign up and running in Madrid, as would Canada’s Matthew Sharpe as he continues to build on that solid top 10 result in the Commonwealth Games a year ago.

Another Australian, Lorcan Redmond, marks his progress through the ranks with a debut Elite World Cup appearance along with Netherlands’ Youri Keulen, while the formidable Hungarian trio of Gabor Faldum, Mark Devay and Tamas Toth will undoubtedly be pushing for the podium places.

The full men’s start list can be found here

Women’s preview
The winner of the men’s race may look like a hard one to call, but the line-up of the women’s Madrid World Cup makes the podium even more impossible to predict, filled as it is with World Cup champs, rising talent and returning stars.

Wearing the number one in a rare World Cup appearance will be Netherlands’ Rachel Klamer, the 28-year-old who landed her first WTS gold in Abu Dhabi last year when she got up from a bike crash to prove she is as good as anyone in the world on her day. An exceptional cyclist, the Madrid course could well play to the Dutch star’s strengths provided she is well-positioned out of the water and through the first transition.

Like Klamer, Vendula Frintova (CZE) arrives from a somewhat disappointing WTS Bermuda performance last weekend determined to bag a first major medal of 2019, but Angelica Olmo (ITA) and Sophie Coldwell (GBR) will be among the names looking to stake their own claims on the podium.

Olmo has got 2019 off to a flying start with two top-10 finishes in the World Series, bronze in Mooloolaba and gold in New Plymouth, and is a woman clearly enjoying her racing right now. Brit Coldwell won her first World Cup in Hungary last year but beginning her season here in Madrid could make the podium a tall order. Kaidi Vivioja (EST) finished second behind Frintova in Karlovy Vary last year and will want to improve on 17th at New Plymouth in March.

The latest incarnation of the ever-strong French squad will feature Sandra Dodet, Justine Guerard and Emilie Morier, while the home nation’s chances of at least one medal look as strong as ever thanks to the presence of Miriam Casillas, Sara Perez Sala and Anna Godoy Contreras.

The full women’s start list can be found here 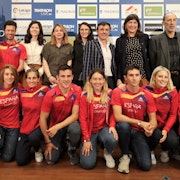 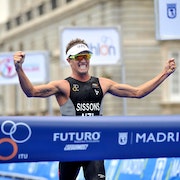