Paratriathlon in the Americas has received another boost, with a successful paratriathon camp leading into the first stand alone PATCO Paratriathlon Continental Championships to be staged in Edmonton this weekend. A total of 15 athletes are attending the camp, with coaches and athletes from six different countries; Canada, the U.S., Mexico, Argentina, Chile and Brazil. The youngest athlete is just 17, the oldest in his 50s and they come from all of the six different paratriathlon classification categories.

The paratriathlon camp has a series of paratriathlon seminars open to all athletes, coaches and technical officials and has been designed and presented by Triathlon Canada and supported by ITU Sport Department.

“The community is excited, the LOC team is working very hard,  and we are looking forward to a great event. The City of Edmonton has been outstanding in its support, especially with such short notice, we appreciate everyone’s support and understanding as we march towards the July 6 first ever PATCO Paratriathlon Championship as a stand alone event.”

ITU has committed to support the development of paratriathlon for over 15 years, and the sport was officially accepted for inclusion into the Paralympic Games in late 2011, to make its Paralympic debut at the Rio 2016 Games. To read more on paratriathlon, please click here

Paratriathlon in Australia has officially kickstarted its Paralympic pathway, with the first Triathlon Australia and… 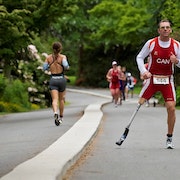 Edmonton, Canada will host the 2012 PATCO Paratriathlon Championships on Friday, 6 July, as part of the Edmonton Triathlon…

With Paratriathlon in the Paralympic Games, the International Paralympic Committee (IPC) officially ratified the…