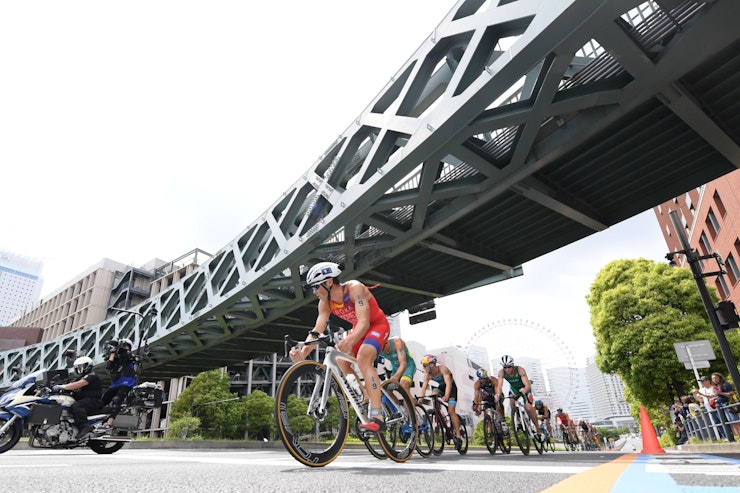 World Triathlon is pleased to announce that Maurice Lacroix is the new Official Timekeeper of the World Triathlon Championship Series. For two years, the brand will accompany the world’s best triathletes as they compete in the top-tier triathlon events around the globe, exploring the limits of human performance.

Maurice Lacroix will make its debut as the Official Timekeeper at the opening race of the 2021 season, World Triathlon Championship Series Yokohama, taking place in the iconic Japanese town on 15 May. The two winners of the event, that will host the world’s best triathletes on their return to the Series and Olympic qualification, will receive the Maurice Lacroix Leader’s Timekeeper Trophy to be awarded to the series leader after each stop on the circuit.

World Triathlon President and IOC member, Marisol Casado commented: “We are so pleased to announce that Maurice Lacroix has been appointed the Official Timekeeper of the World Triathlon Championship Series. We are delighted to welcome such a prestigious new partner to the World Triathlon family and to work with them during this incredibly important Olympic and Paralympic year.”

As Stéphane Waser, Managing Director of the Swiss brand explained, “It is an honour for Maurice Lacroix to be the Official Timekeeper of the World Triathlon Championship Series for the next two years. We have always recognised the importance of being ambitious and focussed, traits we embrace in our company and share in common with these highly competitive athletes. The events will take place in a number of fascinating cities, upholding our company’s desire to associate the Maurice Lacroix brand with the vitality of urban life in the long term.”

Stéphane Waser went on to say, “Prior to each event, every competitor has spent many hours training and honing their skills in each of the disciplines. Likewise, we have expended much time and effort refining our products, ensuring we deliver iconic design and high perceived value. Similar to the finest athletes, we are innovative and continue to crave more success. It is these shared values which made the World Triathlon Championship Series a logical partner for Maurice Lacroix.”

Every year, the World Triathlon Championship Series attracts the best triathletes on the planet, vying for the world title. Athletes have to excel in all three disciplines - swim, bike and run - and efficiently transition from one discipline to the next. It is essential that each competitor is prepared to explore the limits of human performance if they want medal-winning success. Maurice Lacroix will join these elite athletes every step of the way, competing in stunning scenarios in great cities around the globe, clearly motivated and continuously striving for glory.

Triathlon can trace its origins back to 1974 when the San Diego Track Club conceived the event as an alternative to track training. The first event comprised of a 5.3-mile run, a 5-mile cycle and a 600-yard swim. Thereafter, triathlons grew in popularity, leading to the formation of the International Triathlon Union (ITU) in 1989. The first ITU Triathlon World Championship was held the same year, when the event format consisted of the 1.5km swim, 40km cycle and 10km run that continues to this day. In October 2020, ITU was officially rebranded as World Triathlon in order to better represent the global triathlon family at every level of the sport.

Your Time is Now with Maurice Lacroix

For more than 40 years, Maurice Lacroix has demonstrated all of its watchmaking expertise, crafting watches within the brand’s Manufacture in Saignelégier, Switzerland.  Having won more than fifteen awards, the brand has demonstrated an innovative, avant-garde and perfectionist spirit over the years. Maurice Lacroix’s culture is indeed to offer affordable watches, with iconic design and high perceived value. In 2016, Maurice Lacroix reinterpreted its iconic model of the 90s, the Calypso, releasing the AIKON. Modern and daring, the AIKON is made for a generation of Millennials who are connected, cosmopolitan and talented. This ambitious generation is setting out to conquer the world’s cities, embracing their unique spirit. A constant source of inspiration for the Maurice Lacroix creative team, an active and urban brand, that thrives in the electric energy of these cities. With this in mind, Maurice Lacroix chooses to associate its image with a set of activities that allow consumers to experience the unique vitality of city life.