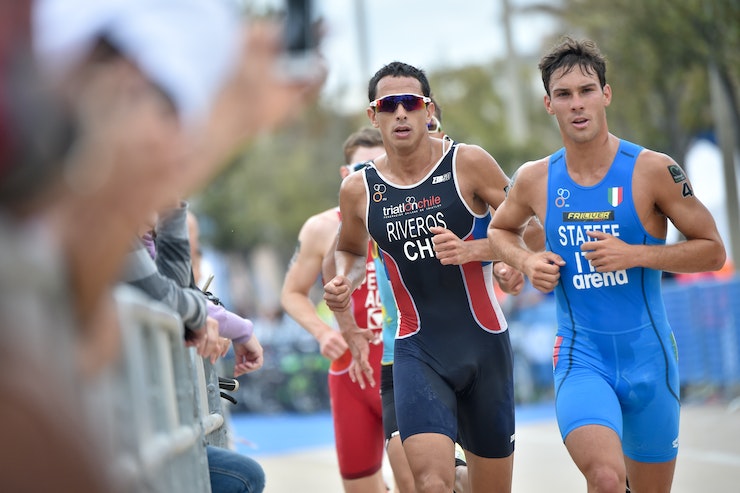 The second rescheduled World Cup of the 2020 World Triathlon season gets underway in Italy on Saturday, and there is another hatful of big names heading to Sardinia to tackle a beautiful, brand-new Arzachena course.

Four World Champions past and present feature, Flora Duffy and Katie Zaferes among those ready to challenge in the morning’s women’s race before Vincent Luis and Alistair Brownlee join the men taking to the start line at the other end of the island where the Brit won in 2019. It’s another sprint-distance affair, and a beach-start gets the 750m swim underway ahead of a 20km bike with one major climb and descent on each of the three laps to really test the riders. The two-lap, 5km run also begins with a climb before gradually descending back to transition and finishing up in the Parco Riva Azzurra, with all the action broadcast live on TriathlonLIVE.tv.
—

Women’s race
SAT 10 October
10.30AM CEST
First into the water will be the Elite women, with the 2019 World Champion Katie Zaferes wearing the number one and looking to land a first podium of the year. A 5th-place finish at WTS Hamburg was followed by 11th in Karlovy Vary a month ago, and the American will want to wrap up 2020 with the kind of crisp performance that was the hallmark of her title-winning season last year.

Like Zaferes, Flora Duffy will no doubt view the bike climb more as an opportunity than an obstacle after she tore up the testing Karlovy Vary ride on the way to gold. Now back to full fitness, the Bermudian has clearly been enjoying life back on triathlon’s biggest stages and has to be among the favourites again this weekend.

Rachel Klamer would love to mark her 30th birthday with a return to the podium. The last time the Netherlands’ number landed a World Cup medal was in Cozumel in 2015, and it was also over the sprint distance that she scooped WTS gold in Abu Dhabi in 2018, so a good swim here and exiting T1 in touch with the likes of Duffy will be a top priority.

A home World Cup for their first races of the year will suit Italy’s Alice Betto, Ilaria Zane and Angelica Olmo, while it was Verena Steinhauser who made a splash for the Azzurri in the Czech Republic last month with an excellent top-10 finish.

The Belgian duo of Claire Michel and Valerie Barthelemy look set to challenge once again, both equally at home over this distance as the Olympic and no strangers to the World Cup podium, along with Japan’s hugely experienced Ai Ueda.

Iceland’s Edda Hannesdottir and Estonia’s Kaidi Kivioja will represent the ASICS World Triathlon Team in Italy, the development squad members both placed well in Cagliari two years ago and now seek the form that could book them a place at Tokyo 2020.

A strong Spanish contingent includes Miriam Casillas Garcia, Sara Perez Sala and Anna Godoy Contreras, with Garcia’s 7th place in Karlovy Vary a timely confidence boost and reminder of what she can do at this level.

Natalie van Coevorden continues to fly the flag for Australia with the majority of athletes unable to travel from the region, and Germany’s Lisa Tertsch will again be dangerous over the final 5km if she can find herself near the front out of T2.

Men’s race
SAT 10 October
3.30PM CEST
All eyes will be on race number one Vincent Luis as he looks to make it three wins from three after the return to racing and send out yet another massive statement to the rest of the men’s field ahead of next year’s Tokyo Olympics. The Frenchman has been in incredible form to lead from the front in both WTS Hamburg and Karlovy Vary, but a quick scan of some of the names likely to be going just as hard in Sardinia suggests he may not have things all his own way on Saturday afternoon.

That list once again includes Henri Schoeman, the South African making his long-awaited first start of the year. The Olympic bronze medallist will be eager to find out exactly where his race fitness is after a prolonged absence from the action, starting with a 750m swim that has been his hallmark over recent seasons and offers an immediate chance to test the likes of Luis in the water.

Alistair Brownlee was one of the few to keep up with Luis in Hamburg and will want a repeat of his gold in Sardinia last year, the new-look course arguably even more suited to his aggressive biking style. The same could be said of Kristian Blummenfelt, hungry for a strong showing after illness cut him short in Karlovy Vary and an unbelievable leg in the Hamburg Mixed Relay World Championships.

Blummenfelt’s teammate Gustav Iden was no slouch over that super sprint either and along with Jelle Geens will be a major threat if well-placed out of the final transition and out onto the 5km run. The Belgian was the only athlete to clock under 31 minutes in the Czech Republic as he powered his way to third place.

In fact, his nearest rival over that 10km was Richard Murray, the South African’s 31m06s both a clear indication of his potential again this weekend if he can deliver some magic on the other two segments, and of Geens’ incredible dominance of the run. 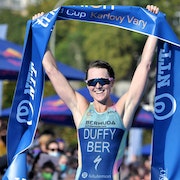 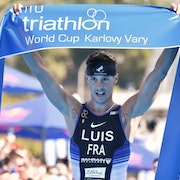 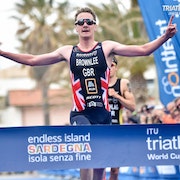 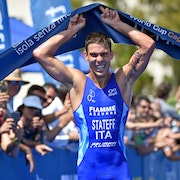