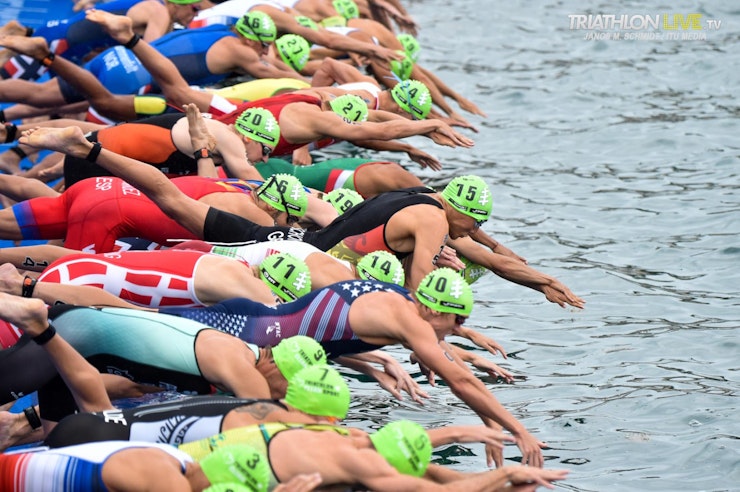 The morning of Friday 16 August, in the Odaiba region of Japan’s capital city, the Elite men will take to the start line for the hotly anticipated 2019 Tokyo ITU World Olympic Qualification Event. Bringing with it considerably more than just a sneak preview of the Olympic course and conditions, the race also packs plenty of direct qualification for athletes from several countries including Australia, Austria, France, Germany, Great Britain, New Zealand and USA. With each federation taking its own unique approach to the process of selecting their squads for the planet’s biggest sporting event next summer, for some athletes, the trail to Tokyo 2020 could start right here.

Framed by the soaring metropolis as its backdrop, Odaiba Beach forms the start of the 1.5km swim, followed by a sinuous and testing 40km ride through gardens and highways before the 4-lap, 10km run delivers the final chapter of the story. With temperatures and humidity expected to be high, extra measures have been taken for the athletes wellbeing, with added medical staff and water stations on the course among the steps to minimise undue exposure to the heat and allow them to keep focussed on their performances.

Wearing the number one will be the revelation of this season so far, Jacob Birtwhistle. The Australian has always had the potential for an explosive finish with one of the best runs in the business, but it was in June’s WTS Leeds that everything came together for a debut World Series gold. It was a feat he repeated a month later in Hamburg, all of which means that with Series leader Vincent Luis not racing, Jake takes the number one for his first taste of the Odaiba circuit knowing a top 3 finish would guarantee him a Tokyo 2020 berth.

Kristian Blummenfelt hasn’t had the most consistent of seasons so far in 2019, but fifth in Montreal and Bermuda underlined the Norwegian’s credentials when he puts himself in the mix with a decent swim. Ever-present teammates Casper Stornes and Gustav Iden complete the trio that swept the WTS Bermuda podium in 2018 to show the triathlon world that they are a force to be reckoned with.

The task of bettering his excellent Olympic bronze at Rio 2016 will be all the motivation Henri Schoeman (RSA) needs as he gets to grips with the course this weekend eyeing back-to-back medals on the biggest stage. WTS Yokohama (2) and Leeds (4) have provided his best performances so far this year, and one of the best swimmers in the field will want to put another big race together. Fellow South African Richard Murray finished just seven seconds and one place behind Schoeman in Rio and will be wanting to use a good Test Event showing as the launchpad towards a podium place here a year from now.

Like Birtwhistle, Belgium’s Jelle Geens has saved some of his best form for the long Olympic lead-in, earning gold in Montreal and bronze in Hamburg, out-running the run master himself Mario Mola in Canada to take the tape. There, too, Tyler Mislawchuk (CAN) put in his career-best showing to grab the bronze as well as a large dose of confidence at just the right time for his own Olympic ambitions, and another in-form Belgian, Marten van Riel, has been a regular in the WTS top 10 since Yokohama.

Despite all the unpredictability of this season’s World Series, 2019 has also seen the welcome return to the top of the podium of Britain’s double Olympic medallist Johnny Brownlee. Edmonton was the venue and, after difficulty finding his rhythm for much of the year, his bronze and silver at London 2012 and Rio 2016 respectively still mean that a podium place this week in Tokyo would guarantee Brownlee a seat on the plane to Japan next summer.

Despite Vincent Luis’ absence, the French flag will be flown high by 2018 European Champion Pierre le Corre, Team France Mixed Relay lynchpin Leo Bergere and 2019 WTS Bermuda champion Dorian Coninx. Victory on Friday for one of them would guarantee Tokyo qualification. American duo Matt McElroy (2nd in WTS Leeds) and Eli Hemming (Tiszy World Cup winner) have also had strong lead-ins, and could book their place on the Tokyo 2020 start list with a podium or even a top eight finish in accordance with USTS rules.

In a wide-open year so far, the likes of Kiwi young guns Hayden Wilde, Tayler Reid and Sam Ward, Britain’s Alex Yee, Bence Bicsak (HUN) and Jonas Schomburg (GER) have all enjoyed their moments in the sun and could well be set to tantalise in Tokyo. A medal for any of the New Zealanders will bring with it automatic Olympic Qualification, while for Schomburg and teammate Justus Nieschlag, a top 12 finish would be enough for a place on the team next year.

Don’t forget you can watch all the Elite, Mixed Relay and Paratriathlon racing on TriathlonLIVE.tv
Buy your monthly pass using the code TRILIVE19 and get access to the 2019 Grand Finals and Karlovy World Cup too (not to mention the best of the season so far) 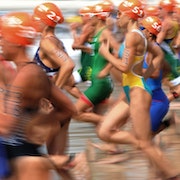 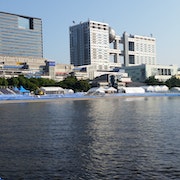 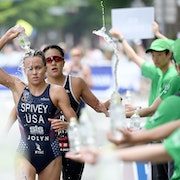 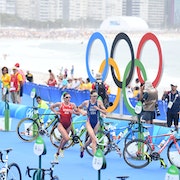