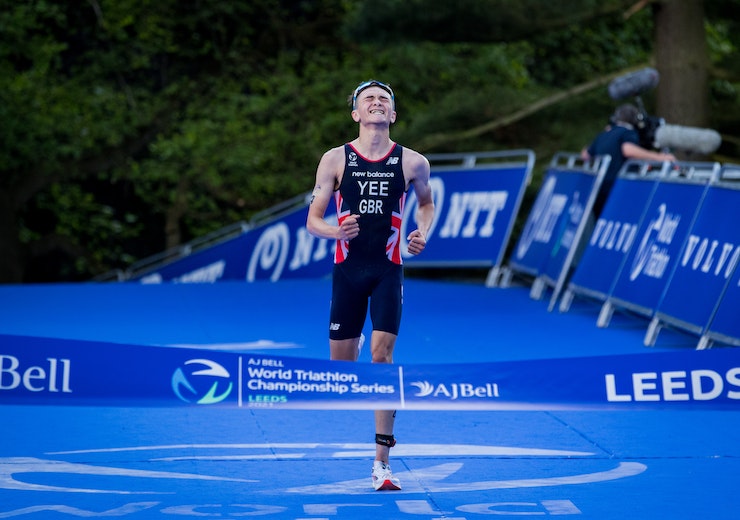 The rise and rise of 23-year-old Alex Yee all the way to the Tokyo 2020 Olympic start line has been impressive, but far from smooth. His clear talent notwithstanding, it would have taken a brave person to predict he would become Great Britain’s second male team member ahead of Alistair Brownlee, but a timely first World Triathlon Championship Series win at WTCS Leeds last month confirmed what many already knew: Yee was absolutely ready for the unique challenge of a first Olympic Games.

Perhaps it was the way he returned to racing after a horrendous bike crash in the 2017 Cagliari World Cup that set the tone. Perhaps that was the clearest indicator of the toughness required to challenge on the biggest stage in sport.

A year out of racing had followed that collision with a concrete bollard in Sardinia, the impact having left him with a collapsed lung and broken ribs. Yee’s first World Triathlon race back after the incident? The 2018 Cagliari World Cup and a brave 8th-placed finish courtesy of the fastest run split in the field by an incredible 20 seconds.

It is that run that can make him so dangerous when he comes out of T2 in touch with the leaders off the bike, that in 2019 ran him to gold in Cape Town, silver in Abu Dhabi and eventually a Series gold in Leeds, that could see him challenging for an Olympic medal in Tokyo on 26 July.

“I’ve been out of my comfort zone a lot in racing and I think I’ve learned that I like to challenge myself and be in that uncomfortable zone. I think it is a common thing with a lot of us athletes. A lot of how my race goes is my mindset heading in to the race. We’re only human and you do get nerves but, at the end of the day, it is a triathlon and we are doing what we love.”

The mindset heading into Leeds was one of huge determination, intent on proving himself to the selectors as they faced the dilemma of who would be the second man alongside Jonny Brownlee in the GB squad for the Games. It also offered the surreal challenge of going up against the man who had provided some of his first Olympic memories, teammate Alistair Brownlee.

“London 2012 was one of the first Olympics I remember watching non-stop as a kid, being in front of the TV all the time, being addicted almost to all the events. One of the athletes at my run club had qualified for the 400m and he turned up in all his GB kit and it was just really inspiring. The Olympic Games is the pinnacle of our sport and becoming Olympic Champion is the ultimate one-day performance you can do. It has always been a goal for me to achieve.”

Yee finished 33rd at the Tokyo Test Event back in 2019, but the experience could prove invaluable for an athlete who likes to get his preparations just right.

“My process on race day is to have everything written in my journal, my thoughts for the race and what I want to do minute by minute. That helps me get to the start line without working myself up or getting too nervous. It was great to race the course already, there’s a lot of fast parts, narrow sections, the weather is definitely challenging.”

The Test Event Mixed Relay is another string to the bow in Yee’s hopes of leaving Tokyo with an Olympic medal. His disappointment after being edged into second place at the end of a phenomenal tussle with Frenchman Dorian Coninx as clear as his delight bringing home GB to gold had been in the Nottingham Mixed Relay two months earlier.  So what would be his dream relay line up?

“I’m going with GB for the women, with Jess Learmonth first and Georgia third, Hayden Wilde on the second leg and Jake Birtwhistle to finish it off. And I’d be first reserve!” 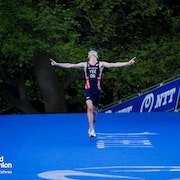 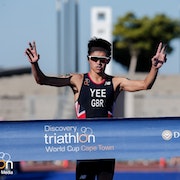