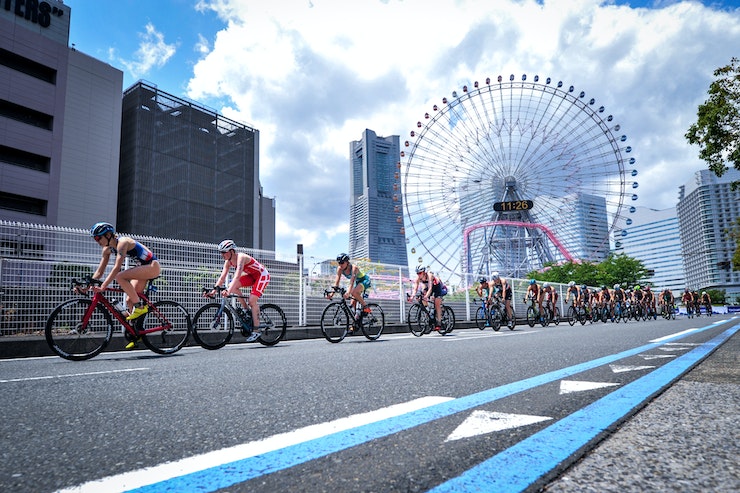 It has been a long time coming, but the race to become the women’s 2022 World Triathlon Champion picks up once again this Saturday, with the return of WTCS Yokohama. With two races down and now seven left separating the athletes from their destiny in Abu Dhabi in November, the familiar surrounds of this technical Japanese Olympic distance course is always a good test of just how sharp and ready they are for the long months ahead. As always, you can follow every moment as it happens and watch back on demand over on TriathlonLive.tv .

—
If 2021 contained everything that Bermuda’s Flora Duffy dreamed of achieving last year, it also left her tantalising close to another huge milestone in women’s triathlon: an unprecedented fourth World Triathlon title.

Only Australia’s Emma Snowsill has been crowned World Champion as many times and, after Duffy’s victory in Abu Dhabi last November, a win in this year’s curtain-raising WTCS Yokohama would set her right back on top of the Maurice Lacroix Rankings after three races of the season.

Plain sailing for the Olympic champion it certainly won’t be of course. The weather looks set to be almost as challenging as the typhoon-hit Tokyo 2020 race that took every ounce of concentration from the athletes just to stay upright and in the hunt, and heavy rain is again forecast across the weekend that could also have last-minute implications for the course route.

Duffy was far from alone in her prowess on that Tokyo course however, and the likes of Georgia Taylor-Brown (GBR), Laura Lindemann (GER) and Valerie Barthelemy (BEL) will hit the Yokohama start equally flush with confidence after their excellent Olympic campaigns, the German following hers up with a first WTCS gold in Hamburg last September.

Taylor Knibb scored her first WTCS gold here last year with the kind of domination of the bike segment that we have come to know and expect from her. Another battle on the bikes with Duffy and a breakaway on this course could set the podium agenda once again.

There are some notable absences from the start, with USA’s Summer Rappaport and Katie Zaferes missing, both regulars on the podium here. That could certainly open the door to the likes of Cassandre Beaugrand and Beth Potter, both coming off the back of superb, form-sharpening Arena Games Triathlon displays, to make medal plays of their own.

Taylor Spivey may not have had the 2021 she had hoped for, but overall third in the standings was her best-ever Series finish and it would be no surprise to see the American – so consistent over all three disciplines – there once again at the pointy end of Saturday’s race.

Of the young guns toeing the line, U23 World Champion Emma Lombardi is undoubtedly one to watch as she continues her step up into the WTCS level off the back of that brilliant win in Edmonton. Youngest in the field Barbara De Koning (NED) continues her remarkable 12 months that has included both Junior and U23 World Championship appearances, a WTCS debut, full Arena Games Series and still not 20 years of age.

After their strong showings in 2021, Maya Kingma (NED) and Leonie Periault (FRA) will both be eyeing the medals in Yokohama and highlighting the quality throughout the women’s field in a race that could certainly throw up some surprises. Kingma dazzled in WTCS Leeds last year after an impressive bronze here, while Periault scored her first WTCS podium with silver at the Championship Finals Edmonton.

WTCS Yokohama
14 May, 3am CEST
TriathlonLive.tv 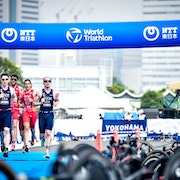 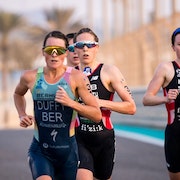 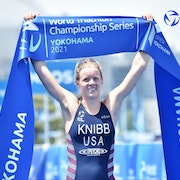