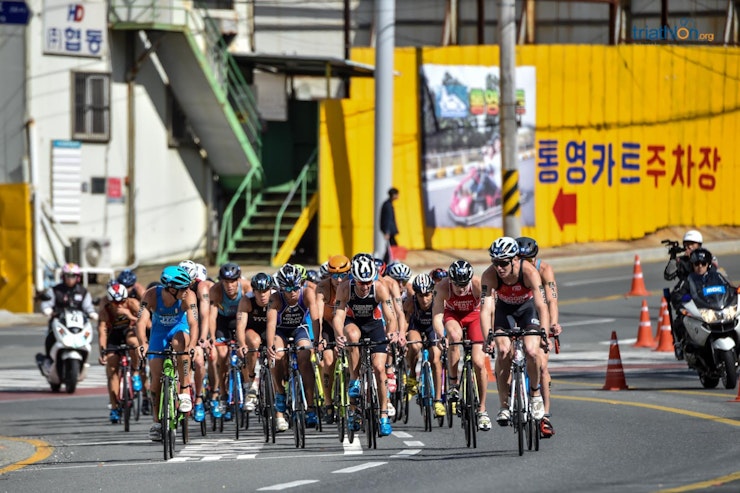 Tongyeong, South Korea, is the next stop on the World Cup tour of 2019. The race destination showcases harbour views, where athletes will contest across a sprint distance race format this Saturday. The South Korean city has been fixed on the triathlon map since 2009. A striking field of 66 elite men and 62 elite women, stacked with talent and experience, will line up to race for World Cup success, valuable Olympic points and rankings.

Elite men’s preview
Belgium’s Jelle Geens will lead the men onto the start line for Saturday’s World Cup in Tongyeong. This will be the first World Cup of the season for Geens, who has posted strong results across the World Triathlon Series in 2019, including his first Series victory in Montreal, claiming it as the race of his career which was followed up by an impressive bronze medal performance in World Triathlon Series Hamburg.

Geens will face some competition with the likes of training partners, representing USA, Matthew McElroy and Eli Hemming as well as Portugal’s Joao Pereira. McElroy claimed the bronze medal in the Nur-Sultan ITU Triathlon World Cup and the silver medal, with a deserving performance, in the World Triathlon Series race in Leeds. Pereira produced an impressive top ten finish in 2019 World Triathlon Bermuda.

Australian triathletes Luke Willian and Brandon Copeland will line-up with intentions to be among the race leaders. The pair have consistently performed on the World Cup circuit this year, with Copeland earning the first World Cup medal of his career in Mooloolaba in March, followed by a fifth place in the U23 World Championships in Lausanne.

Mexico is well represented in the elite men’s field with Cristanto Grajales, Rodrigo Gonzalez, Irving Perez and Fabian Villanueva Moehl. All men have arrived in strong race form and will be aiming for podium spots in Tongyeong.

FOLLOW THE ATHLETES AND RACE LIVE
66 elite men will line up at 11.45am (local time) on Saturday, 19 October on www.TriathlonLIVE.tv
Review the full men’s start list

Elite women’s preview
Brazil’s Vittoria Lopes is the top-seeded female on the World Cup starting list in Tongyeong. Lopes has produced a remarkable season to date with strong results across the World Triathlon Series season, earning the silver medal in the 2019 Lima Pan American Games individual women’s race and a striking race to finish fourth in the Tokyo ITU World Triathlon Olympic Qualification Event. It has been a long year of racing but Lopes has arrived in top form and ready for battle.

Lopes will be joined on the start line with Vendula Frintova (CZE) who claimed the gold medal in the Karlovy Vary World Cup, fourth place in the recent World Cup race in Weihai and is renowned for her powerful strike on the run.

One athlete that will be lining up in Tongyeong and can never be counted off is Swiss Nicola Spirig. The double Olympic medallist is on her road to Tokyo and will be trying to get some more points for the Olympic qualification ranking on her great come-back to racing after having her thrid child this Spring.

Belgium’s Claire Michel, a notable athlete on the World Triathlon Series circuit, will be one to watch on Saturday. Michel has posted a series of top ten performances in Series races across 2019.

Spain’s Miriam Casillas García displayed an incredible race performance in Weihai to earn the silver medal. The sprint format suits Garcia and her powerful bike and run portions of the race could see her race onto the podium in Tongyeong.

2018 Tongyeong World Cup champion Ai Ueda, representing Japan, returns to the World Cup tour after injury in the latter part of the season. Ueda claimed the gold medal in the Nur-Sultan World Cup and will be looking to produce a strong race on Saturday.

Italy’s Verena Steinhauser, bronze medallist in Weihai, along with Brazil’s Luisa Batista, gold medallist in the Lima Pan American Games, are also marked as athletes who could run themselves into podium contention.

Australian’s will be out in force with the likes of Jaz Hedgeland, Emma Jeffcoat, Charlotte McShane and Kelly-Ann Perkins, vying for a strong race result in Korea to cap seasons.

FOLLOW THE ATHLETES AND RACE LIVE
The field is stacked with talent and experience as 62 elite women will line up to race for World Cup triumph in Tongyeong. Race start will be at 9.30am (local time) on Saturday, 19 October on www.TriathlonLIVE.tv
Review the full women’s start list. 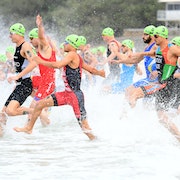